Go to the main content of the page
Additional Activities

Lleida, a Roman city, was a Visigothic episcopal see and later as “Larida the distant”, the northernmost Islamic capital. From the 11th century, it was the capital of a taifa kingdom that, despite joining the Almoravid Empire at the beginning of the 12th century, did not survive the feudal push, and in 1149 it was captured by the count of Barcelona and king of Aragon. It grew rapidly in the second half of the 12th century: the episcopal see of the Ribagorçana was transferred from Roda to the city and the old mosque began to be transformed into a cathedral; the Andalusian palace became a royal seat and a heavy flow of immigrants generated an unprecedented economic and social dynamism. The emergent bourgeoisie was recognised as a municipality before the end of the century and the city grew to be the third largest in medieval Catalonia, after Barcelona and Perpignan. This dynamic was consolidated in the 13th century: Barcelona was the coastal capital and Lleida that of the Terra Ferma (hard land), as the chronicler Ramon Muntaner described it. Even the Templars centred their Catalan-Aragonese dominions in the command of Gardeny, close to the city. In 1300, the Estudi General was set up in Lleida and turned the city  into an educational and cultural capital, as the first university centre in the Crown of Aragon, overtaking the dominant position held until then by Montpellier. All this is reflected in the city’s wide-ranging architectural heritage.

The original city of Lleida grew up as an acropolis, dominated by the Muslims’ fortress known as the Suda. The great mansions of the Islamic oligarchy were built around it. In 1149, the fortress be came a royal castle. After the 13th century, it underwent numerous reforms to combine the royal residences, structures dedicated to defence the exercise of justice and a prison. This was when it was given its definitive structure of a long trapezoidal outline, with four wings around a central courtyard, which was modified again in the 14th century and which was seriously affected by the wars of modern and contemporary times. It was severely damaged in 1936 during the Spanish Civil War, and the nave which survived, has recently been restored.

Presiding over the city, beside the castle, the building of the cathedral of Lleida was begun shortly after the Christian conquest of the city in the mid- 12th century, although a false inscription meant that it was long believed to have been built  in 1203. Favoured by the city’s economic dynamism, such contributions as the Fillols door, the most notable element from the so-called Lleida School in the 13th century, the octagonal bell tower, begun in the 14th century, and the unique and spectacular cloister, finished in the 15th century, the Seu Vella looks out over the city and has a good view of the surrounding area. Militarised from the beginning of the 18th century until 1947, the Seu Vella has recently undergone successful restoration work.

In the centre of the city of Lleida, in the Plaça de la Paeria, at the beginning of the Carrer Major, this palace was built in the 13th century by the Sanaüja family, who sold it to the city in the mid- 17th century when it was reformed to become the seat of the municipal administration, which it still is. Today It is one of the outstanding Catalan Romanesque civil buildings, although what can be seen now is the result of the adaptations to municipal uses and the 19th century historicist restoration directed by the architect Agapit Lamarca. The ground floor con serves the medieval structure and houses the municipal archive, wich holds continuous documentation since the 12th century. The basement stands out for its spectacular amalgam of historical remains, showing the permanent transformation of the building in the Roman, medieval and modern epochs. The most notable feature on the first floor is the 15th century altarpiece of the Virgin of the Paers.

A unique and very beautiful church, first documented in 1161, when it was constructed as a parish church for the new neighbourhood built on this side of the city by the new Christian conquerors. The primitive building consisted of a single Romanesque nave, rounded to the east by a semicircular apse. Two more Gothic naves were built later, and side chapels were added. The construction of the Gothic bell tower, beside the doorway of the nave, was the last step in transforming the primitive form of the church. The inside is very rich, with sculptures of the Virgins of Saidí and Fillols, as well as four Gothic alabaster altarpieces from the schools of artists like Jaume Cascalls and Bartomeu de Rubió, and a 15th century painting of Saing Eligius by Mateu Ferrer.

A Romanesque church, first documented in 1168, Saint Martin has a single nave, covered by a pointed barrel vault, reinforced by three toral arches supported by semicircular pilasters with capitals. The chapel on the north side, given its form, can be defined as belonging to the architectural Lleida School.

Castle of the Templars

Seat of a Roman fortress and a Muslim fortress, this hill protected or threatened the nearby city of Lleida, as shown by the king of Aragon, Alfonso the Batller, who occupied it in 1123. After the conquest of Lleida in 1149, it passed into the hands of the Knights Templar, who built an imposing castle, seat of the command and the command and the order in the Crown of Aragon in the 13th century. In military use from the early 18th century until the end of the 20th century, it has recently been carefully restored, while it has been encircled by the growth of the city.

The Christian conquest in the mid-12th century was very careful to seize the important Muslim tanneries. Leather working became the driving force behind economic progress in Lleida, to the extent that during the second half of the 12th century they employed 42% of the city’s workers. In the 13th century, some of these establishments were modified and updated, such as the two that are open to visitors following their careful restoration which ended in 2010.

This building is one of the leading examples of Catalan civil Gothic. Work started in 1454, with the backing of the city councillors and Queen Mary, wife and representative of Alfonso the Magnanimous, and was finished around the mid- 16th century. One of the most emblematic elements is the cloister, a square structure with balanced proportions. The most notable features of the façade are its large windows and a Gothic image of the Mother of God, that dominated it, now inside the building. In 1915 it was taken over by the Provincial Council (Diputació), which assigned it to cultural purposes, being the seat of the Institut d’Estudis Ilerdencs since 1942.

The Muslim city was surrounded by a wall and this was extended in 1185 to incorporate the new neighbourhoods that sprang up after the Christian conquest in 1149. The building methods illustrate the different historic stages of the wall. The wall was destroyed by the wars in that took place in recent centuries, and by the extension of the city in the 19th and 20th centuries, although some fragments remain, like those that can be seen inside the shops on Avinguda Blondel, Carrer Isabel II and in front of the church of Saint Martin.

Chapel of the Peu del Romeu

A Gothic-origin chapel, situated at the main crossroads of the medieval city, which reminds us of the prominent position of the city of Lleida on the pilgrim route to Santiago de Compostela. Considerably transformed later, it is still open for worship.

In 1152, only three years after the Christian conquest of Lleida, this Augustinian canonry depending on Saint Rufus of Avignon was installed, in the setting of the spread of the reformed canonries that characterised the 12th century. The Romanesque ambulatory and the south arm of the transept remain as evidence of a great unfinished temple. In 1418, the centre’s difficulties led to its return to the bishopric, which did not give it a religious use. Since the amortisation in the 19th century, it has been in private hands and destined for agricultural uses.

The museum of Lleida: diocese and district

Important museum, with over 2.000 pieces of medieval sculpture and painting, including unique remains from the Visigothic period, singular Romanesque elements and striking Gothic works. With a very modern building and exhibition policy, inaugurated in 2007, the museum is the result of the consortium created in 1997 and has been mainly supplied from the diocese museum promoted by Bishop Messegué in 1893 and the archaeological possessions from the Institut d’Estudis Ilerdencs, progressively increased since 1942.

Lleida has three important archives with medieval contents: the archive of Lleida, with provincial contents, especially notarial and the cathedral, and the municipal archives. These two hold important documentation about the city from its conquest by the count in the 12th century. Lleida’s Public Library also holds importants texts, such as the Moorish book from the Moorish quarter of Aitona. 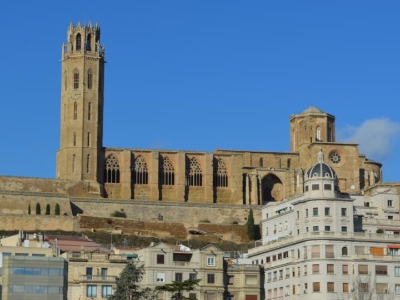 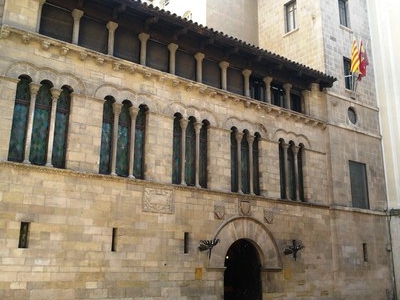 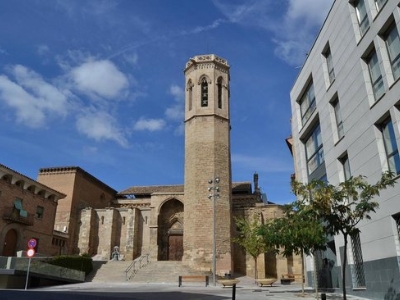 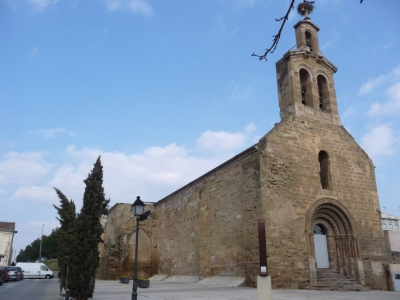 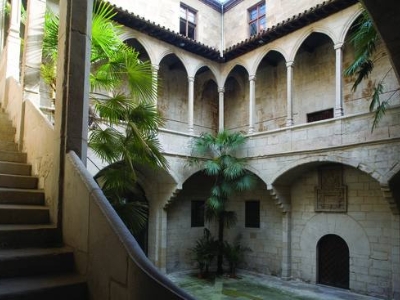 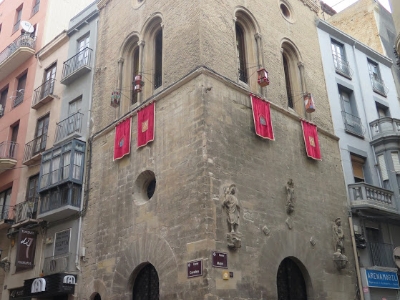 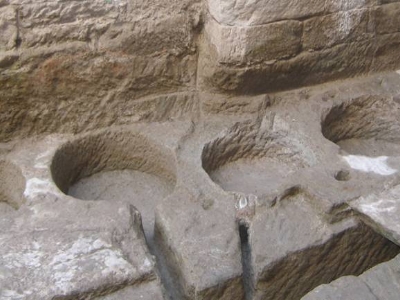 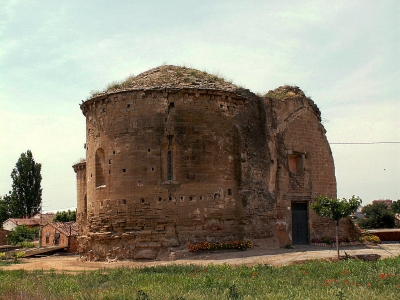 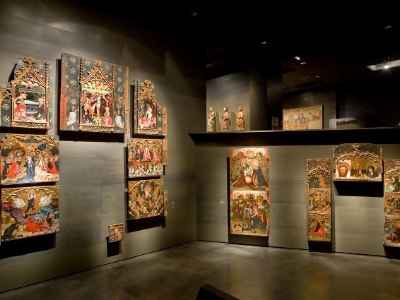